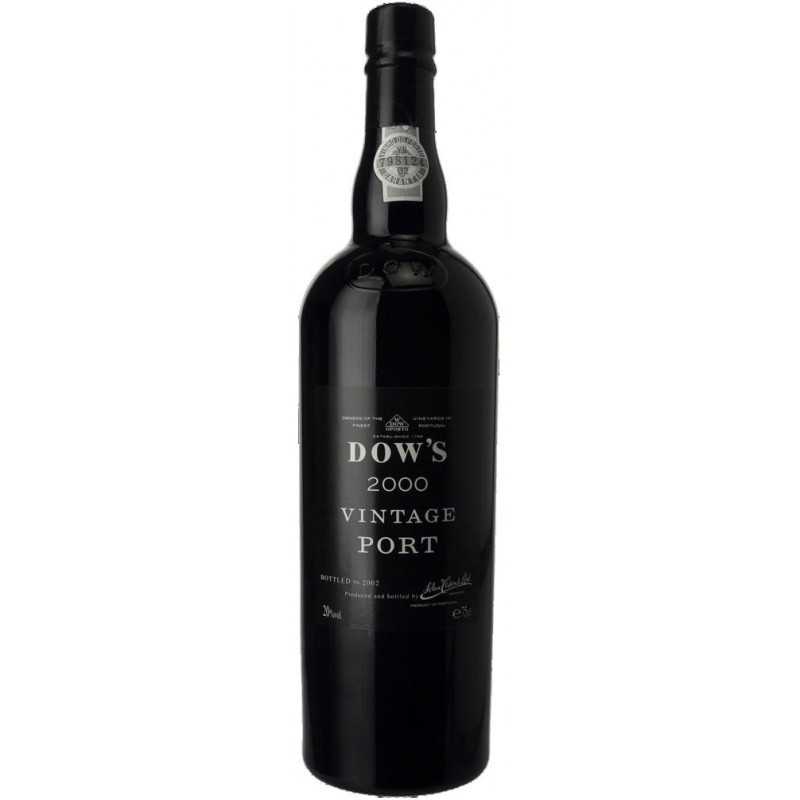 An excellent Vintage 2000 from Dow's. Dows Vintage Ports are only produced in years of exceptional quality and represent only a very small part of the total companys production in that year. On average only two or three times every ten years are the weather conditions sufficiently good to allow for the making of Dows Vintage Port

The name James Ramsey Dow has been known since the mid-nineteenth century for his contribution to scientific research and publication of an important treaty on powdery mildew. But it was the merger of his company Dow & Co, with Silva & Cosens in 1877 that allowed a consolidation and expansion that made it a reference mark until today. The adoption of the name Dow's as the brand name, derives from the recognition earned by Dow's & Co, at the time, as a house producer of excellent Vintage Ports