Located in Penalva do Castelo, about 25 km from Viseu, Quinta da Casa da Ínsua is the origin of the much appreciated gourmet products that are today an ex libris of the Hotel.

The wine-growing tradition of the House, located in the Dão Demarcated Region, dates back to the 17th century, although thanks to Manuel de Albuquerque's action (an innovator in terms of vineyards, technologies and castes), its vineyards, technological facilities and became famous at the end of the nineteenth century, having since received several prizes. The main red varieties are Touriga Nacional, Jaen, Tinta Pinheira, Alfrocheiro Preto, Cabernet Sauvignon and Tinta Roriz, while in the white grapes Malvasia Fina, Encruzado and Semillon predominate. 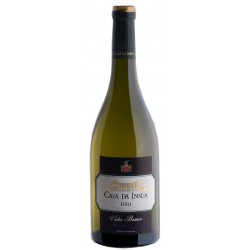