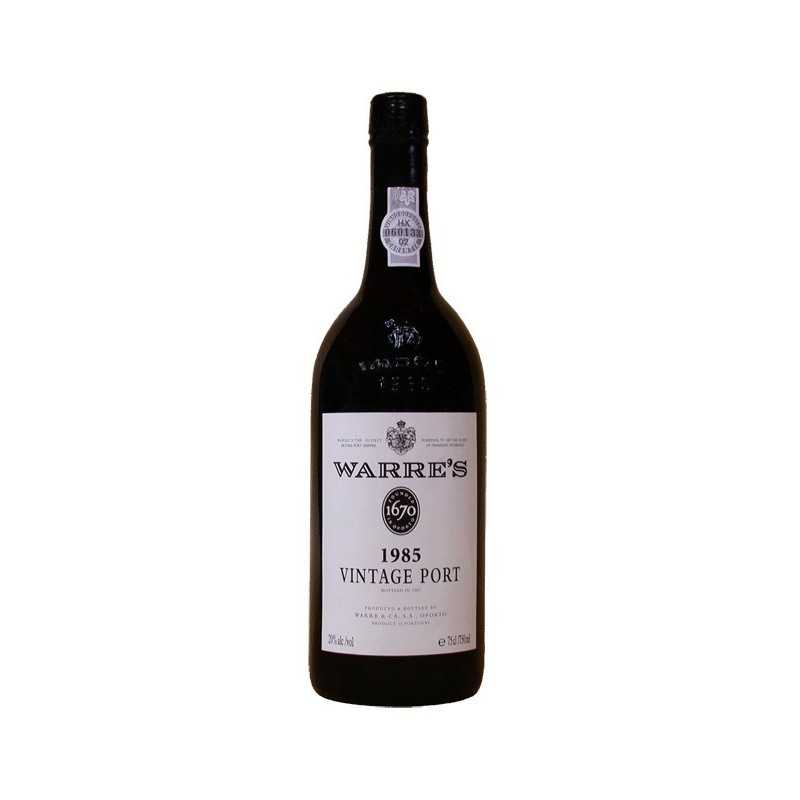 This wine has an elegant and distinctive floral nose Warre`s, with a rich complexity of balanced fruit on the palate. Dark ruby colour.

Region
Douro
Enjoy
One of the best pairings with Vintage Port is cheese (cream cheese, blue cheese and cured cheese) but it can also be enjoyed alongside many desserts, or simply on its own
Alcohol
20%
Wine Maker
Peter Symington & António Serôdio
Tasting Notes
Warre’s Vintage wines combine elegance, length and balance whilst still retaining the underlying rich opulence of great Vintage Port
Bottle Size
750 ml